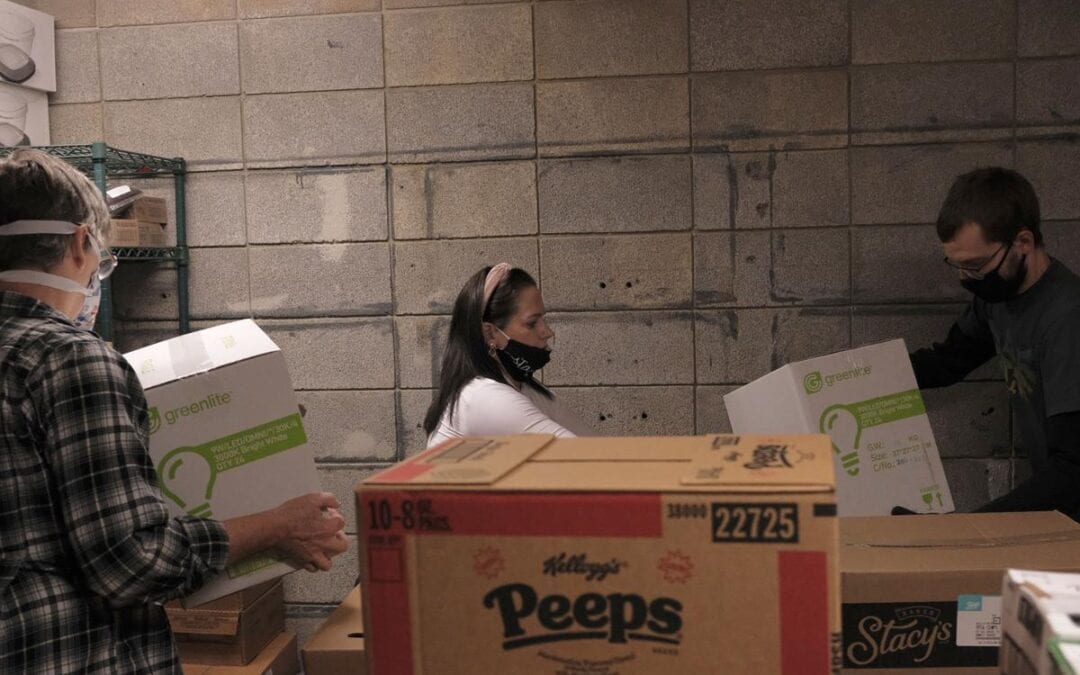 Bob Wills is the new executive director of the community center, tasked with revitalizing what was once a gem of the city’s northeast side neighborhood. Previously the home to educational programs, community resources and a health clinic, the building has fallen into disrepair as tenants have moved out. That’s why Wills acted quickly when he was presented with the opportunity to bring low-level criminal offenders in need of community service hours to help building maintenance efforts as part of their probation.

Wills said the conversation started after meeting Jackson County State’s Attorney Joseph Cervantez when he was on the campaign trail this past fall. Cervantez said during his campaign that he saw the need for the Hayes Center in the community and saw revitalizing it as one way to reduce crime in the city. So, he gave his word to Wills that he would help.

“I told him I would do whatever I could,” Cervantez told The Southern. That meant making a call to the county’s probation office to add the center to a list of potential community service opportunities. He said he doesn’t directly have a hand in where people are sent, but said he does prioritize sending offenders from Carbondale — and the northeast side specifically — to the center.
Cervantez said he sees a lot of value, when appropriate, in having offenders rebuild their own communities as part of repaying their debt to society. While the help with basic maintenance and renovation work is valuable, what’s more valuable is getting young people in front of mentors and other community leaders, he said. This is where real growth can come from, and it’s what the criminal justice system should be about, Cervantez said. But he said siloed work isn’t always successful.

“The justice system can’t do it by itself,” he said. Instead, he said, he needs community leaders and partners like Wills to welcome offenders to their businesses or organizations.

“What they’ll see is what they’ll be,” Wills said of the importance of putting young people in front of successful community members.

“It gives them something to reach up to,” he said.

So, every Tuesday and Wednesday, Wills welcomes a handful of community service workers to help clean up construction debris, organize supplies and paint in the center. When working with the group, Wills said attitude is important, not just for the workers, but also for their supervisors. That’s why he and his team treat those who come to work with “the greatest of respect,” he said.

Though only a few months old, the program has had a small bit of success.

“I want to stay as long as I can,” Henderson said. Though Wednesday was the last day she had to be there, she said she is choosing to come back.

“I’m not leaving,” she said as she prepared to inventory pantry goods that had been collected for a food bank that’s planned for the center.

“It’s been a truly rewarding experience,” Henderson said. A Marion resident, Henderson said she wasn’t aware of the Eurma Hayes Center and its history before coming to work there. She hopes to continue to be a part of its revitalization, and hopefully, its future success.

“That is absolutely fantastic,” Wills said. “I hope more think in that vein.”